“An aged man is but a paltry thing.”  – William Butler Yates

“I wish to achieve immortality, not through my works, but through not dying.” – W. Allen

When my friends and I were growing up, and were absolutely immortal, we were taught the prevalent view of aging, which may be summarized as thus: as you get older things begin to wear out and not work as well. Eventually, something wears out that you can’t live without and then you die, or if they are in stock, get a replacement part. It was the consensus of opinion that death was inevitable but a belief in reincarnation made it not very important. In fact, most people I know no longer speak of death but rather of transitioning, which suggests a favorable continuation of the soul. In any case there is little disagreement as to whether the body is or is not immortal… it isn’t.

Now, I’m willing to stipulate that physical eternity is improbable; however, as a result of recent discoveries and revelations I expect certain revisions will be in order.

Let’s consider the hereditary imbalance we address as frequency number 5248.

It was first found in a man complaining of progressive vision deterioration, which had reached the state of near blindness. When 5248 was detoxed from his eye, his vision improved and continues to do so. Did his eyes un-wear out?

Another man had a hearing loss that required him to wear two hearing aids (one in each ear). He has put them away and hasn’t needed them in months (he had actually become quite adept at lip reading and I tested his hearing improvement claims by not facing him and insulting him. To his credit, he heard every insult clearly.) And so on, and so on. Well over 90% of those on AIM had hereditary 5248. Wherever they had it, they exhibited classic signs of aging, up to and including dementia when it was in the brain.

That was the beginning of a wave of hereditary anti-aging frequencies. As each one was healed, symptoms that are normally associated with aging would diminish or disappear, including many problems that had been medically diagnosed as irreversible.

A number of AIM participants (including several facilitators) reported throwing away their reading glasses. I, on the other hand, still need mine. However, I am currently detoxing (healing) an hereditary imbalance revealed only about a week ago, and it is, among other places, in the orb of the cornea, retina and lens. Will this one be the Holy Grail, the fountain of youth? Should I alert Ponce de Leon? 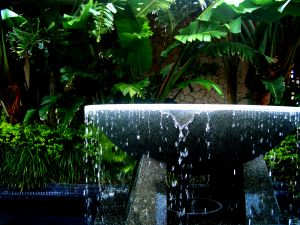 Stay tuned, because I am at my best when predicting the past.

Is anything truly irreversible? Where will it all end and when will it end? To what extent are we capable of interrupting the aging  process? Will it reverse to the point of immaturity? Check here for more information as it occurs.

Here’s looking at you, kid.